Last summer a "decision" was made by one who shall remain nameless.  He decided to "take his talents to South Beach."   With this "decision" a once proud basketball franchise was set back for years.  Devoid of talent, the Cavaliers are now in the hunt for the #1 pick in the NBA draft lottery which will be held next week.   The attention of Cavs fans will be fixed on the results of the NBA draft lottery.  I will be interested as well.  But what about the playoffs?  Playoffs?  Are there playoffs going on?  I haven't really noticed.

My attention has been focused on baseball and not basketball this spring.  It has been my decision.  It hasn't been a hard decision, for I am not interested in the NBA playoffs.  Seeing as Cleveland isn't playing, and the NBA has been taken over by the players, I haven't watched the playoffs this year.  And I won't.  They just don't interest me.  I'd rather watch the Tribe.  So it really isn't a difficult decision, really.  If I were to find the NBA captivating, I would watch, but as of right now, this league BORES me.  I'd rather watch baseball.  Or golf. Or playoff hockey.  Anything but the NBA.
Posted by Unknown at 11:32 PM No comments:

Playing with the big boys

One of the difficulties in Major League baseball is trying to contend with the likes of the Yankees and Red Sox.  These big market teams have double the payroll of many of the other teams in major league baseball. Well, there IS one way to level the playing field, and we are seeing it now with our beloved Wahoos.  It is pitching.  The Indians are playing great baseball right now and winning games because of pitching.   Wasn't it Branch Rickey that said that pitching was 90% of baseball, meaning that pitching is the most important part of the game.  If you have great pitching, you can contend and win in the game of baseball.  Great pitching is the great equalizer.

So here is the way the Indians can play with the big boys, year in and year out.  Cleveland needs to be a pitching development factory.  They need to find, draft, develop, and send to major league team quality pitching.   They need to have an over abundance of pitching.  When you think of Indians baseball, you need to think of pitching, it needs to become their identity and what they are known for.

My hope is that the Indians front office will apply the lesson they have learned early in this 2011 season.  Baseball is built upon the foundation of pitching.  Keep drafting and developing it in the minors so as to send it to the majors.  When you have pitching, you have a real shot of playing with the big boys, year in and year out
Posted by Unknown at 9:30 PM No comments: 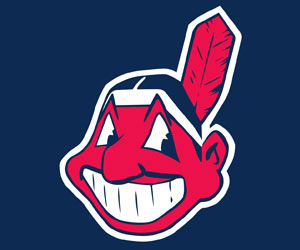 Posted by Unknown at 8:18 PM No comments:

The Mess with Tress

Strangely, I have had more than a few shut ins ask me my opinion about the mess which is now Ohio State football.  Those with whom I have listened to have expressed their disappointment with the HC of TOSU, figuring that as a Christian he had higher standards.
Am I disappointed?  Not really.  Saddened?  No, not that either.  My eyes were opened at went on, but when I thought about it, all of it began to make sense, in a way, to me.
I understand that college football is big business.  No, wait, it is BIG business.  OSU football brings in millions of dollars to the university and the athletic program.  The college coach is paid to win.  Pure and simple.  Yes, education goes on, and Tress even teaches his players about life (note his book "The Winners Manual), but big time college football is all about winning.  Nothing more and nothing less.
Should we be surprised at what went on at Ohio State with the selling of the gold pants, etc?  No, when I heard about it my eyes were opened.  Just look at all of the tattoos these players have.  They don't get those for free, they cost money, and when you have half of your body tattooed and you are a college football player, my question is how did they get the $$$ for the tattoos?  I have two kids in college, I know they would love some extra $$$, a majority of college kids would and many of them DON'T have tattoos all over their bodies.  The issue isn't the tattoos, the issue is having the $$$ to GET the tattoos.  How do the players get the cash for all of this art work?  Well, for a few at TOSU, it was the selling of their memorabilia.
So in this mess with Tress, my eyes were opened.  I am neither saddened or disappointed.  In the end, the Buckeyes will still take the field in the fall.  Will they contend for the Big Ten or National Championship?  Who knows?  In an era where players take their talents to South Beach and  professional franchises move (remember the Browns to Baltimore and the Indians threat to leave Cleveland unless they got a new ball park?) this mess with Tress is just that, a mess of his own making.  He can take matters into his own hands and resign, which may lightened the NCAA penalties.  Or he can stay and whether the storm, to which the penalties will be more severe.  In the end, Ohio State isn't moving, we still get to cheer the team down the field, and maybe, just maybe, there will be some extra tickets to a football game available for the average fan (I know, wishful thinking).
The mess with Tress has taught me one thing, big time college athletics is big business, it is all about winning and all about making money.  What really needs to happen is for someone to revamp the whole NCAA organization, but that is another story for another time.
Posted by Unknown at 3:13 PM No comments:

Connecting with the Crew

Bob Hunter wrote in his blog that there is not a connection between the community and the Columbus Crew. You can read it here: http://www.dispatch.com/live/content/sports/stories/2011/05/01/daily-hunter-blog.html?sid=101
Bob Hunter's premise is right on target.  I understand why the Crew did not resign Frankie Hejduk and GBS, but what the Crew did NOT do was fill these roster slots with known players who have the ability to excite and connect with the fans.  Frankie and GBS did just that, as both players were icons to the fan base.  GBS' play in the midfield was extra ordinary, he was a maestro with the ball and could distribute the ball to the forwards in scoring areas.  The Crew had an offensive flair with GBS.  This year, the play in the final third has been offensive with little or no offensive imagination.
If the front office wants to connect with the fan base, they will have to field a team that will return to the offensive flair that Crew fans have known with GBS.  I will be at Crew Stadium this year to cheer on the black and gold.  They will need, however, to continue to win as well as develop some offensive imagination to excite the fan base.
Posted by Unknown at 2:56 PM No comments:

As some of my most faithful reader will note (this would be you, Rachel) I am a big Indians fan.  This season they are off to their fastest start in history, possessing one of the best records in baseball.  The key to their fast start is pitching.  Yes they are scoring runs, hitting homers, and fielding the baseball, but a huge part of their success is pitching.  It has been estimated that pitching is anywhere between 75-90 % of baseball, which means that if you have great pitching, you have the opportunity to contend year in and year out.
In that past few years we have seen the demise of Wahoo baseball. Much of that can be attributed to trading away CC and Cliff.  I know why the Featherheads did it, and I agree that they had to do it.  The two Cy Young Award winners weren't going to resign, so they needed to trade them away to get players back.  I have no problem with that.  The issue I had is that they had no pitchers coming up to take their place.  This is why Wahoo baseball has been in decline, no pitching to pick up the slack when CC and Cliff fled the teepee.  Also, if you will remember, the bullpen (I am looking at you Kerry Wood) would blow save after save, costing the Tribe much needed wins.
Look at the difference this year, there is good starting pitching (which keeps the team in games) and great bullpen work which closes games out for victories.  The Tribe has been getting both, which is why the Wahoos are winning.
I think that this will be a fun season down at the Lakefront.  The pitching will keep this team in games.  They may not win the division, they may not even make the playoffs, but they will be in games and baseball IS relevant again in Cleveland.  And I expect more of the same in the coming seasons.  Pomeranz and White among others are the pitchers coming up through the system.  Position players such as Kipnis and Chizenhall will be with the Tribe in the next season or two.
The Indians are winning.  All I can say is Wahoo!
Posted by Unknown at 2:44 PM No comments: